A man was pummeled in the face for allegedly calling a black man the N-word while inside a Michigan Macy’s – with the incident prompting police investigation.

The shocking video was filmed at the Macy’s store at the Genesee Valley Center in Flint Township and has circulated on social media.

Local rapper FT Quay shared the video on Facebook on Monday and claimed that the clip was not the entire video.

He claimed that he and a ‘bro’ went to the mall and asked a man on the phone about a shirt size.

The man answered them and returned to his phone call, where he allegedly told someone on the phone ‘no one just some n****r,’ which resulted in the black man pouncing on him. 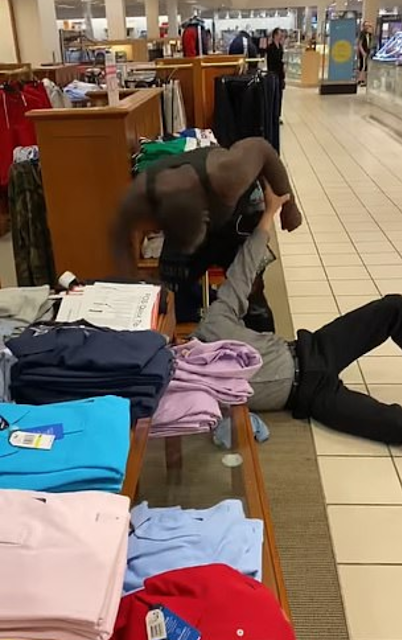 The brief clip shows the man punching the other in the face, with the unsuspecting man immediately asking: ‘What are you doing that for?’

As the man on the ground extends his arm to keep the angered man away, the assailant punches him again and tells him not to touch him. 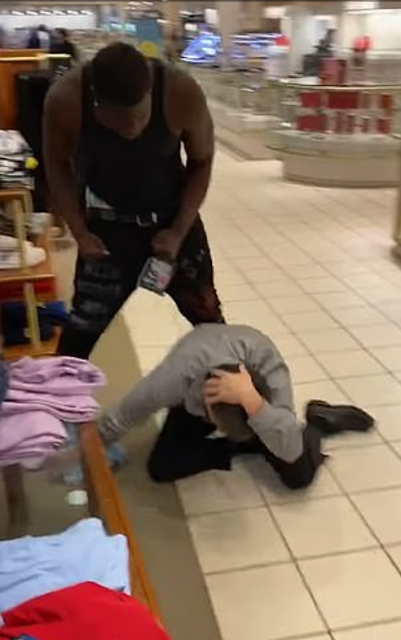 At this point, the white man tells the black man he is sorry as the assailant punches him a few more times.

Flint Township Lt. Brad Wangler said that they are investigating the incident but no one is currently in custody.

‘Yes we are investigating and at this point, no one is in custody,’ Wangler said, MLive.com reports.

A Macy’s spokesperson said that they beefed up security at the store, following the incident.

‘We are deeply saddened about the incident that took place on Monday at Macy’s Genesee Valley as the safety of Macy’s customers and colleagues is our top priority,’ Andrea Schwartz, senior director of media relations for Macy’s, said in a statement. 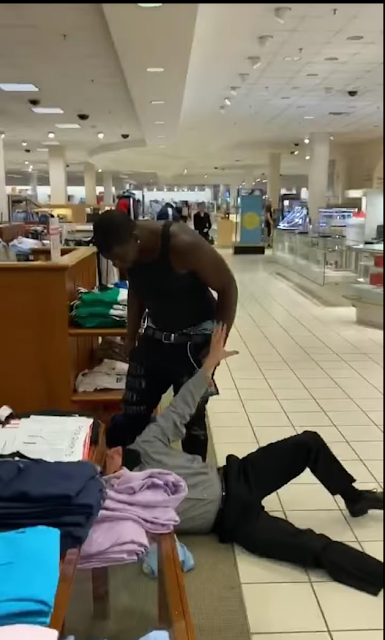 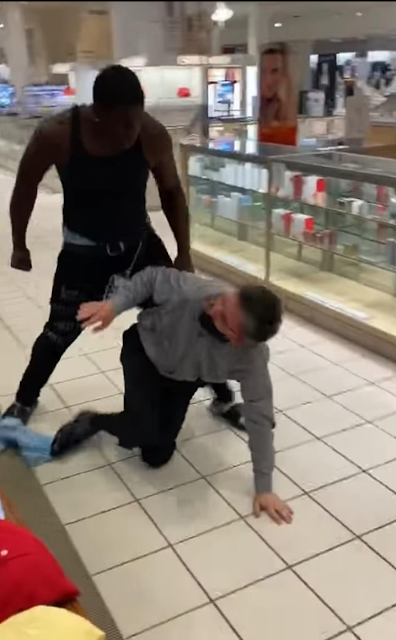 ‘We take these situations very seriously and are working closely with local authorities on this investigation, deferring all comments about the case to them per policy.’

Man Kills Chief Imam For Sleeping With Wife In Niger